Take the Falling Rock Cafe & Bookstore Experience With You! 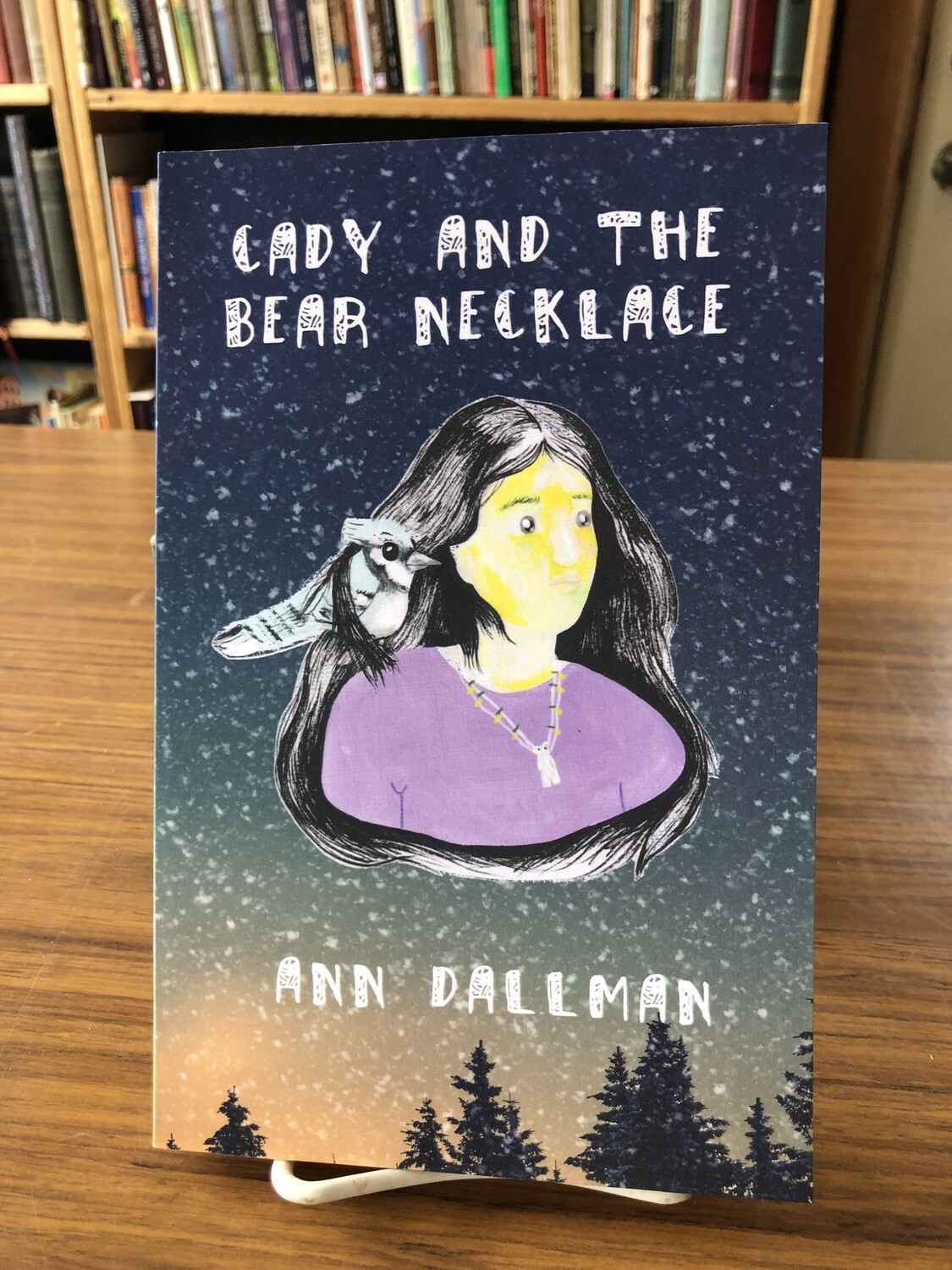 Cady and the Bear Necklace by Ann Dallman

Cady and the Bear Necklace by Ann Dallman, Menominee MI., was named as a finalist in the Young Adult category of the annual Midwest Book Awards.

Ann Dallman's debut middle - grade novel is an enthralling tale that is equal parts mystery and first - love pangs. Cady Whirlwind Thunder is a Native American 8th grader at the Four Eagles school in the fictional town of Barnesville, Michigan, somewhere near the Keweenaw Bay Area.

Cady's father is a failed medicine man who lost his way when his mentor, who was his great - uncle died. At a loss for what to do next, he served in the Army and is now a veteran on partial disability. Cady is still adjusting to living with Francine, her relatively new "step - monster" of two years, as well as the expansion of her family with baby Colson as a result of this new union.

Cady and the Bear Necklace is strongly recommended to both middle - grade readers and parents alike, because it is a compelling, character - driven novel with a rich cultural background and positive message

*From an article by Victor Volkman, titled -"Novel for youth entertains, educates"- in the Marquette Monthly Magazine issued as March 2020 edition.

Save this product for later

Do NOT follow this link or you will be banned from the site!